August Stars Invisible in the Dusk will be released on Monday 29th August 2011 on Make Mine Music. Since I posted news of the release back in February, the track listing has been revised, as well as a change of artwork. The new cover art is by Daniel Fogarty who designed the cover for my Still Crescent EP. More of Daniel's projects can be found on his website. http://www.danielfogarty.co.uk

To accompany the album, a free download will be made available on the day of release. It will feature several outtakes and alternative versions and the tracks left off following the revisions.

Invisible in the Dusk itself will be a highly limited edition CDr and download; physical copies will only be available through Norman Records.

Over the next month there will be more news and information about the release.

N. B. THIS RELEASE HAS BEEN DELAYED UNTIL LATE AUTUMN. 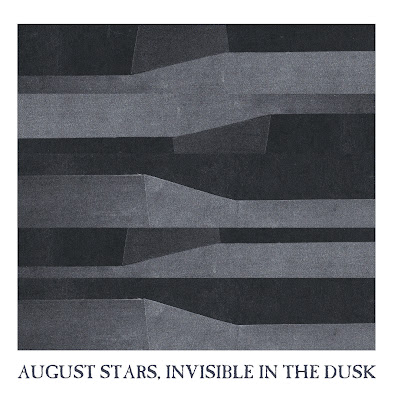 Posted by Sebastien at 21:57 No comments: